Skin problems are not good, as they impact a person’s skin appearance and self-confidence. This is because such a person becomes too conscious about his skin. After all, it is the most visible part of the human body. Scars are one such problem. A person may be having scars for plenty of reasons, based on which scars are usually divided into many categories. One such type of scar is Keloid. In this article, we will discuss every important thing about Keloid and Keloid skin removal so that you can take suitable actions in dealing with them if you are having such an issue. So, without any further delay, let’s get started.

When our skin gets injured, the scar tissue, a type of fibrous tissue, forms over the wound to repair and protect the injury or the damage to the skin. In some cases, extra tissues of such kind are formed over the injury, which creates a smooth and hard growth known as KeloidKeloid. Such Keloids or scars occur surgery, trauma, vaccinations, blisters, body piercing, or acne have injured the body’s skin. Keloids are much different from normal scars in terms of size and composition. Some people may be more prone to Keloids because of the nature of their skin cells.

Cases of the Keloids are more common in the African-American people. These scars mainly occur on the upper back, shoulders, or chest. But it is not necessary that Keloids will occur only at these specific places, and they can occur anywhere. Suppose the Keloid scar has occurred because of any injury. In that case, the KeloidKeloid keeps becoming more prominent and visible even after the actual wound has been closed until it reaches its final form. The chances of Keloid scars are usually equal in men or women, but it can be said that most of the cases are associated with young women with pierced ears. Although Keloids are not harmful from a health perspective, there are chances that they may create cosmetic concerns. 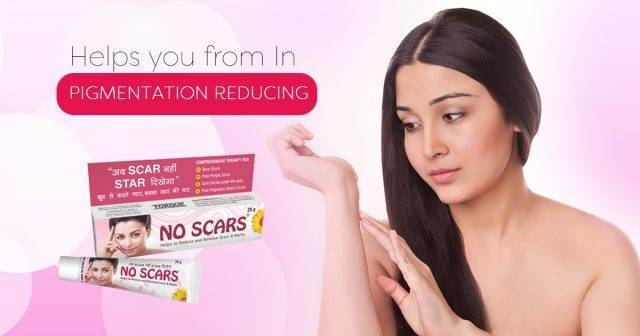 Symptoms of the Keloid

Following are some of the significant symptoms of Keloid scars: –

Causes of the Keloid scar

These were some of the major causes which may give rise to the keloid scars.

Treatment of the Keloid

You can find the best keloid treatment available, the help of which can be taken to deal with the problem of the Keloid scar. These areas below: –

One remedial bonus measure is also here for people suffering from the problem of the Keloid scar. This is in the form of NoScars cream, which is an effective product for tackling the problem of Keloids. This product is a pigmentation reducing cream loaded with the power of 3 active ingredients Tretinoin, Hydroquinone, and Mometasone. These ingredients help in providing anti-inflammatory benefits to the skin. If you are suffering from Keloid scars, then this cream can be used to reduce their effect. This cream can be used even after a scar has been created after an injury to reduce the chances of occurrence of Keloids. Also, this cream is much affordable as compared to the other expensive treatments. This is probably the best keloid scar treatment.

previous
Why Choose Antioxidants for the Skin?
next
Issue of Oily Skin - Causes and Treatment

No Scars is a product from Torque Pharmaceuticals, which aims to offer quality products for making the lives of people better. Each product is manufactured to meet customer expectations and help in living a better life. Commitment to excellence and continuous innovation backed by research and development is our objective. NO SCARS aims to offer you flawless skin free without any expensive treatments. It leaves the skin glowing and fresh and makes you an instant head-turner.

Taking seamless key performance indicators offline to maximize the long tail. Keeping your eye on the ball while performing a deep dive into the start-up mentality.