It could be that you have developed pimples and are feeling embarrassed to go out on the road. Although ugly looking, pimples are harmless. It is instead a tiny papule or pustule. It develops as oil or sebaceous glands get clogged and infected. This, in turn, causes swollen, red lesions that are filled with pus. It is also referred to as zits or spots and is considered to be a type of acne. They occur in people who have just reached puberty. However, it might develop at any age. 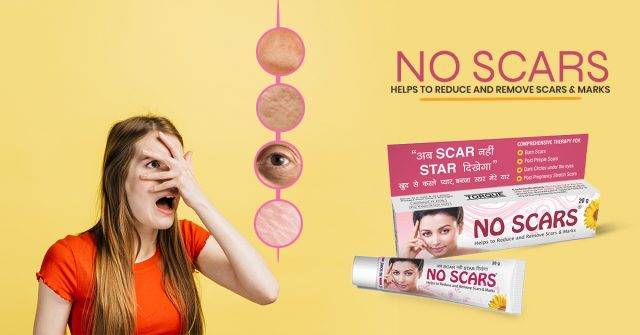 During puberty, hormone production tends to change, thus making the sebaceous glands overactive. These glands are located at the hair follicle base. Hence, pimples may occur in women during menstruation and teenage years.

Often, it develops on the face, shoulders, chest and back regions. It is because this part of the skin has numerous sebaceous glands.

The most common cause of pimples is referred to as “Acne Vulgaris”. Approximately 80% of all teenagers across the globe are affected by this type. It also affects 12% of women and 3% of men.

Some fast facts to know

With some research on the web, you are likely to come across different pimple types exhibiting different symptoms and signs. Being aware of the different types allows you to use the most appropriate and suitable Pimple Removal Creams like No Scars.

Know the causes of the development of pimples

Dead skin and sebum clog pores, causing them to get clogged. Pimples tend to develop in this region. At times, it might result in infection, thereby causing inflammation. Some people might get affected more when compared to others, the reason of which is still unknown.

These are cited to be tiny skin glands secreting sebum. The latter is termed to be an oily or waxy substance essential to lubricate the hair and skin. These glands are present within the skin pores throughout the body. However, the only exception concerning its presence is the feet soles and palms of hands. The scalp and face have more sebaceous glands than other body parts. With sebum being produced within the pores by the glands, new skin cells constantly grow while the skin’s external layers get shed. At times, dead skin cells remain in their place and do not get shed. Sticky sebum makes them stick to the pores, blocking the free passage of air essential for the smooth skin surface. During puberty, sebaceous glands produce sebum in large quantities, thus causing pore blockage and the development of pimples. Washing the face regularly and taking care of the skin will ensure that pimple development is controlled.

As the skin pores get blocked by dead skin cells and sebum, it only boosts undesirable bacterial growth. It includes P. Acnes (Propionibacterium acnes). This slow-growing bacterium is associated with acne.

The presence of P. Acnes on our skin does not cause any harm to it. However, in the right conditions, it may reproduce quickly only to cause specific problems. The slow-growing bacterium feeds on sebum, producing a particular substance and developing an immune response. It only results in spots and skin inflammation.

Although pimples are associated with bacterial infection, there is no need to worry since they are not contagious. You do not have to worry about others standing beside you to contract pimples because you have developed them.

Science is yet to specify as to why some people tend to develop more pimples than others. It could perhaps be genetic factors and hormonal functions that might cause this issue. There can, however, be also other factors.

Yeast Infections: Some acne breakouts are linked directly to yeast infections. ‘Pityrosporum’, called folliculitis or Malassezia, occurs if pityrosporum yeast enters the hair follicles. It starts to multiply, thereby triggering the emergence of tiny, round-shaped, itchy pimples that appear more like acne. It occurs mainly on the upper back, shoulders, upper chest, including the face. Some people’s skin already may have this yeast. However, if it develops in excess, then problems might crop up. Both young, as well as middle-aged women and men, may develop this yeast.

Using the best Pimple Removal Creams like No Scars will prove more than beneficial to control acne and have smooth skin. It is entirely safe for all ages and can be applied by both men & women alike.

No Scars is a product from Torque Pharmaceuticals, which aims to offer quality products for making the lives of people better. Each product is manufactured to meet customer expectations and help in living a better life. Commitment to excellence and continuous innovation backed by research and development is our objective. NO SCARS aims to offer you flawless skin free without any expensive treatments. It leaves the skin glowing and fresh and makes you an instant head-turner.

Taking seamless key performance indicators offline to maximize the long tail. Keeping your eye on the ball while performing a deep dive into the start-up mentality.